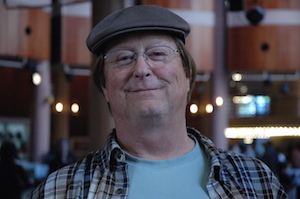 Jim was born in Chicago and has memories of living in Buffalo, New York, New England, and Southern California.

Finally, he grew up in Oregon where he has lived and worked for the last five decades.

His working life has been eclectic, with time spent as a musician, truck driver, laborer, mechanic (of both vehicles and musical instruments), house painter, business owner, salesman, and, through it all, a writer and poet.

As a songwriter and performer, Jim has been featured in the films Dancing on the Edge and Pacific Vibrations. With his longtime musical partner Craig Abrahamson, he formed Bivalve, a lively collaboration that has produced two CDs: Unhinged and Middle Ground. The group has morphed into a band called Tuna Reuben and can be heard sporadically around Portland and Oregon’s north coast.